What is Pop Art? 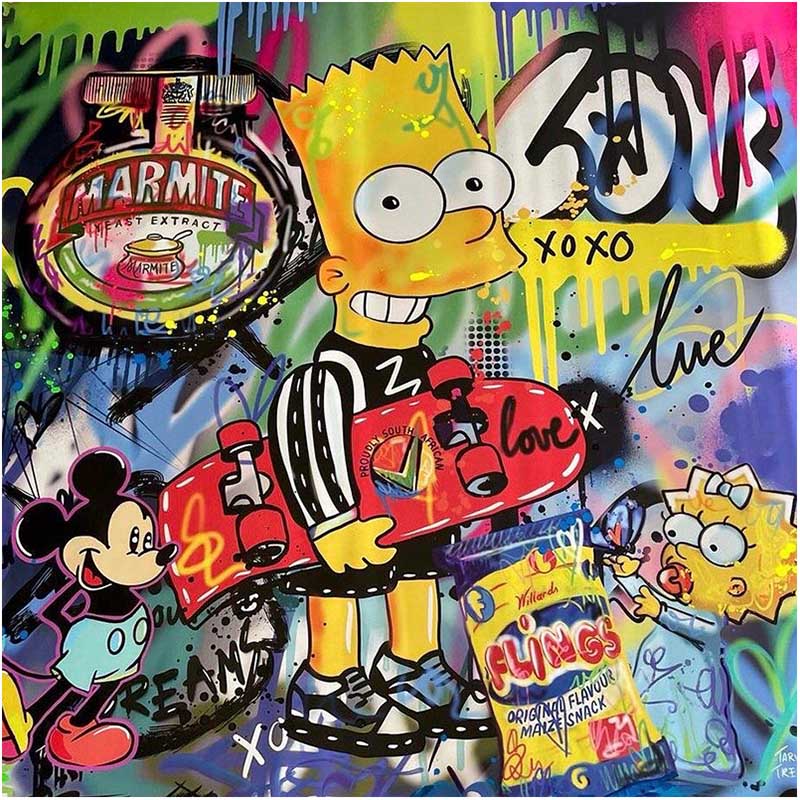 Pop art is a movement that emerged in the mid-20th century. It was a reaction to the previous generation of abstract expressionists, who were seen as too serious and elitist. Pop artists wanted to create art that was more accessible and down-to-earth. They drew inspiration from popular culture, including advertising, comic books, and everyday objects. Some of the most famous pop art artists include Andy Warhol, Roy Lichtenstein, and Jasper Johns. These artists helped to define the movement and make it what it is today.

How to spot a pop art artwork?

There are a few things to look for when trying to spot a pop art painting. First, look for bright colours. It often uses primary colours or other very bright hues. Second, look for simple lines and shapes. these paintings are often quite minimalistic in their design. Finally, look for images that are taken from popular culture. This could be anything from an advertisement to a comic book panel. If you see any of these elements in a painting, it is likely that it is a pop art work.

In a world where we are constantly bombarded with advertising and images, it’s easy to become desensitised to the consumerism that surrounds us. However, when you take a step back and look at it through the lens of pop art, you can see just how absurd and ridiculous it all is.

This type of art style is often described as a reaction to the blandness and conformity of 1950s America. It was a way for artists to subvert the traditional values of art and to instead create something that was more reflective of popular culture. In many ways, it can be seen as a criticism of consumerism and the way it dictates our lives

A lot of pop art is playful and tongue-in-cheek, which makes it the perfect way to talk about serious topics like consumerism in a light-hearted way. If you’re looking for a way to start a conversation about consumerism with your friends or family, it is a great place to start.

One of the most famous pop artists is Andy Warhol, who is perhaps best known for his silkscreen prints of Marilyn Monroe. Warhol’s work was often about fame and celebrity culture. Furthermore, he was one of the first artists to really capitalise on the idea of branding. Nowadays, it’s hard to imagine a world without it. It’s everywhere, from high-end fashion to commercial advertising. And while some people may say that it’s lost its edge, there’s no denying that it is still as relevant as ever.

Pop art is all about incorporating everyday objects into works of art. Whether it’s a can of soup or a pair of sneakers, pop artists are known for their ability to take ordinary items and turn them into something special. In many cases, it is used to comment on society or make a statement about the culture we live in. While some may see it as simply trendy or gimmicky, there’s no denying that it can be incredibly creative and thought-provoking. So the next time you’re looking at a can of soup or a pair of sneakers, think about how they could be transformed into a work of art.

Pop Art and Overlay and Duplication

Overlay is a technique often used in pop art, wherein one image is placed over another. This can create an interesting effect, as the two images interact with each other. Duplication is another technique this style often uses. This involves making copies of an image or object. Duplication can be used to create a sense of abundance or to simply make a statement.

Pop art is a refreshing and fun style that can be enjoyed by everyone. It’s a great way to add some colour and life to your home or office, and it’s also a great conversation starter. If you’re looking for something different, it is definitely worth checking out.

Figurative Art, how to spot it? →

Want to meet the artist who’s art inspires you? Looking for something fun to do in Cape Town? Next event Thursday 1st December 2022, meet Riana Gear.

Come and meet Taryn Treisman, digital artist and painter. Taryn will be presenting her new artwork on 25th to 27th oct 2022 in Cape Town.

Figurative Art, how to spot it?

What is Figurative Art? How has it evolved? Can abstract art be considered figurative? Let’s figure it out together.

Should I buy Digital Art?

Not sure what digital art is? In this post, we explore what it is and how it’s created. You may be surprised by how many places you’ve seen it!

Learning about abstract art can be fun and rewarding – discover the different types of abstract art and their characteristics.

Thursday 3rd November – Cape Town
Kyle Jardine presents a playful show of street scenes, peculiar interiors, and an assortment of characters at a one room exhibition. From 5:00-8:30PM

Read More
All Topics
We use cookies on our website to give you the most relevant experience by remembering your preferences and repeat visits. By clicking “Accept”, you consent to the use of ALL the cookies.
.
Cookie SettingsAccept
Manage consent

This website uses cookies to improve your experience while you navigate through the website. Out of these, the cookies that are categorized as necessary are stored on your browser as they are essential for the working of basic functionalities of the website. We also use third-party cookies that help us analyze and understand how you use this website. These cookies will be stored in your browser only with your consent. You also have the option to opt-out of these cookies. But opting out of some of these cookies may affect your browsing experience.
Necessary Always Enabled
Necessary cookies are absolutely essential for the website to function properly. These cookies ensure basic functionalities and security features of the website, anonymously.
Functional
Functional cookies help to perform certain functionalities like sharing the content of the website on social media platforms, collect feedbacks, and other third-party features.
Performance
Performance cookies are used to understand and analyze the key performance indexes of the website which helps in delivering a better user experience for the visitors.
Analytics
Analytical cookies are used to understand how visitors interact with the website. These cookies help provide information on metrics the number of visitors, bounce rate, traffic source, etc.
Advertisement
Advertisement cookies are used to provide visitors with relevant ads and marketing campaigns. These cookies track visitors across websites and collect information to provide customized ads.
Others
Other uncategorized cookies are those that are being analyzed and have not been classified into a category as yet.
SAVE & ACCEPT
Powered by